The ancient bluebell woods in April and May are a quintessential feature of the British landscape. Dappled sunshine. The fresh spring green of the returning leaf canopy. A purple haze, colour-washing the woodland floor. 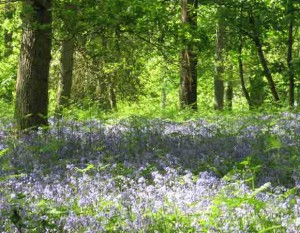 We were delighted to discover wild bluebells springing up in our hedgerow when we moved to our new home. The elegant, lavender-blue flowers are narrowly tubular, their petal tips recurving like the hat of a fairy elf. Sweetly scented, they are carried on one side of the flowering stem only, weighting the slender stem down so that it arches at the top. 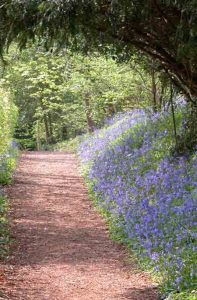 ‘Tis these that breathe upon my heart
A calm and softening spell
That if it makes the tear-drop start
Has power to soothe as well. 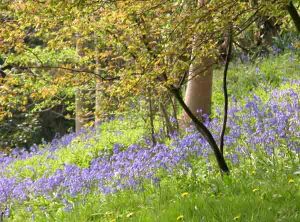 In spring, bluebells can be found in many of the woods of North East Europe and they are a common sight in much of Britain and Ireland. They are glorious at the moment in the Forest of Dean and the scent on the breeze is all-pervading. However, the species is globally threatened and has greatly declined over the past half century. 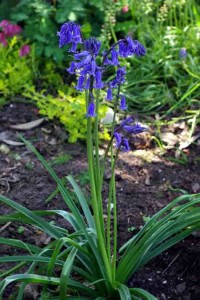 Allow the plant to set seed for an even more impressive show the following year. Overcrowded clumps can be lifted and divided in summer.

The flowers are attractive to bees and butterflies.

Hyacinthoides non-scripta can be distinguished from the Spanish bluebell – Hyacinthoides hispanica – and its hybrids by its narrower bells and leaves and arching stems. Hyacinthoides hispanica is more upright, with wider flowers. The common bluebell is also pleasantly scented, has flowers on one side of the stem only and has cream pollen. If the pollen is another colour, such as pale blue or green, then the plant is likely to be a hybrid. Make sure you look at recently opened flowers before the pollen has been shed. 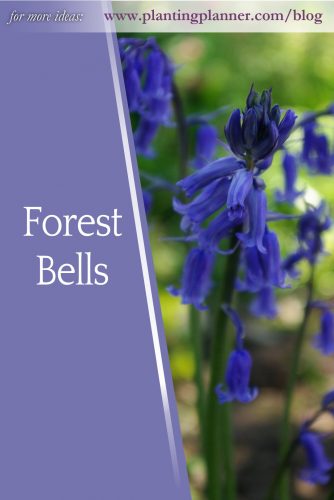